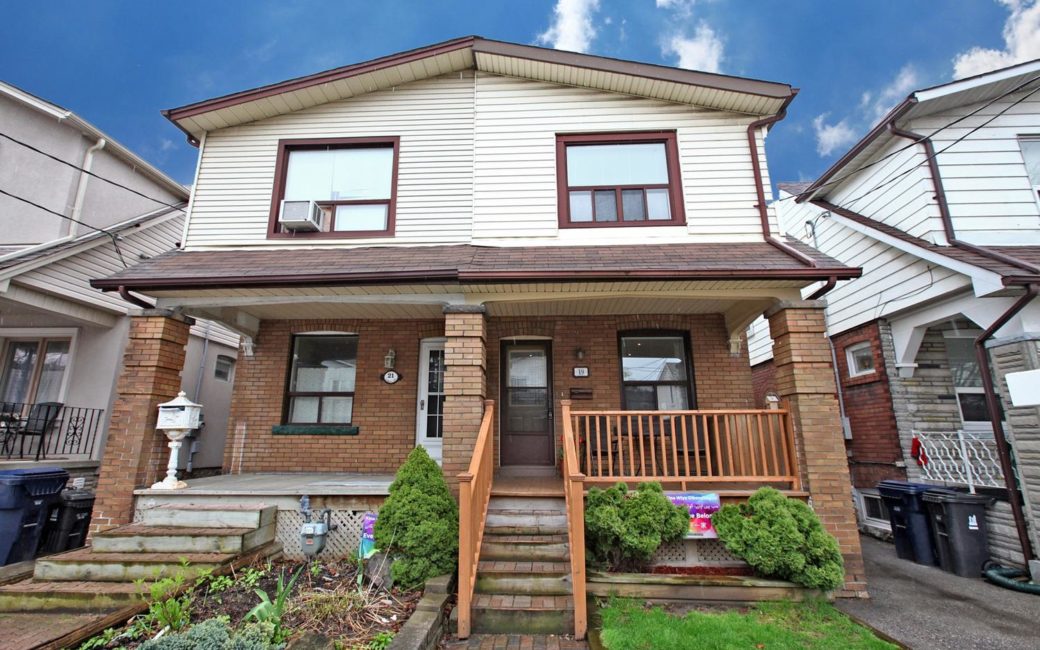 Welcome to this renovated three bedroom family home on a quiet street, just steps to Donlands Station and great restaurants and shops on the Danforth.

Featuring a desirable open concept layout, the main floor is bright and cheerful with soft-hued hardwood floors, pot lights, and a charming exposed brick accent wall. The modern living and dining area lead to the renovated kitchen with breakfast bar; decked out with contemporary cabinets, stainless steel appliances, and granite counters, the kitchen is sure to impress. Walk out to the oversized deck and landscaped back yard with handy 200 square foot shed. The main floor is the perfect space for entertaining year round.

Three family-sized bedrooms can be found on the second floor, including the notable master bedroom with soaring vaulted ceilings. The full, finished basement is cozy with real wood paneling and a wet bar. This versatile space would make a great family room or kids' play area.

Although this east end area of Toronto has grown exponentially in the past twenty years, the neighbourliness and small town friendliness that has been a Danforth-East York trademark since its formation in 1924 still remains.

An abundance of parks, schools, and amenities have led young families to flock to Danforth-East York, making this a vibrant and emerging neighbouhood conveniently a few minutes' drive to the core of the city. Although this east end area of Toronto has grown exponentially in the past twenty years, the neighbourliness and small town friendliness that has been a Danforth-East York trademark since its formation in 1924 still remains.

Danforth-East York is well known for its colourful array of fruit markets, bakeries, coffee shops, clothing and accessory stores, and Toronto's best selection of Greek restaurants on the Danforth. The annual Taste of the Danforth festival, run by a committee of volunteers from the local community, draws upwards of 1.65 million attendees annually.

This home is minutes to Aldwych Park at Donlands Avenue and Mortimer Avenue. The idyllic park features a splash pad and children's playground, and enjoys its reputation for being one of the best family-friendly parks in the city.

Tell Me More About 19 Somers Avenue